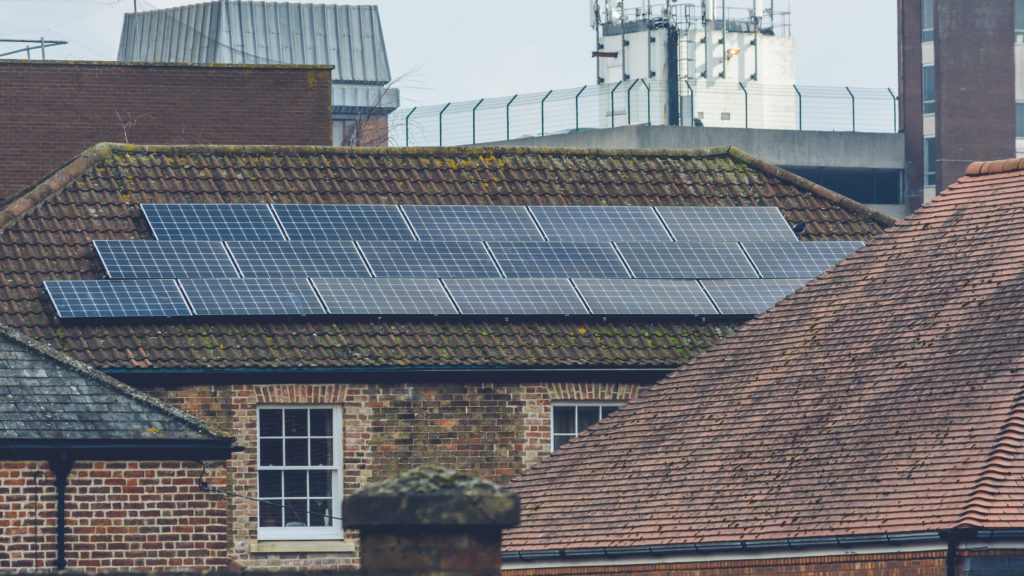 A team of scientists from the University of Manchester have solved a decades-old problem that limited the efficiency of solar panels.

Standard solar panels that you see on homes and industrial buildings are about 20% efficient – turning 1KW of sunshine into around 200W of output per metre2.

But under circumstances, this efficiency is limited even further, by about another 2%.

This defect was first observed over 40 years ago and has been studied rigorously, with more than 270 research papers devoted to the subject.

In four-decades, however, nobody could track down the precise reason for the loss in efficiency.

That was until a chance observation by a researcher at the University of Manchester made the process more obvious.

Employing an experimental and theoretical approach, the team identified the exact mechanism behind the Light-Induced Degradation and offered proof for the existence of a defect that lies dormant inside the silicon cells.

Normally, electronic charge in a silicon solar cell is transformed under sunlight to generate energy.

But the team noticed a ‘trap’ in the silicon stops the flow of electrons, impeding efficiency and power from the solar cell.

A 2% efficiency boost may not sound like much. On a 1KW domestic solar panel system, it might be enough to power your washing machine for 24 hours each year.

But on a global scale, the impact of the efficiency boost is more significant – in the 10s of gigawatts – or the equivalent of the energy produced by all 15 of the UK’s nuclear power stations.

Put simply, without these efficiency savings, nations are forced to turn to non-sustainable energy sources like fossil fuels. This problem is particularly acute at a time when earth’s atmospheric CO2 levels hit their highest levels in 3 million years.

Currently, renewables in the UK account for only about one-third of the total energy generated. But solar represents a small proportion of this – about 8%.

Primarily, this is because the British climate is not ideally suited to solar energy. Put simply, we aren’t close enough to the equator to get enough sunshine.

But there are other reasons too. Solar is also held back because it can only generate electricity during the day time and storing energy is relatively difficult.

Other renewable technologies can operate throughout the night as long as there is wind, but energy from other sources like gas and nuclear can be procured whenever necessary.

Marginal gains like the 2% efficiency boost discovered by the University of Manchester researchers are significant. It is also important that they have proved the cause of the dip in efficiency.

Solar panel manufacturers are relatively conservative, because if they change their processes and it doesn’t work then they can quickly put themselves out of business. Without proof, therefore, manufacturers are unlikely to implement the necessary changes to make their solar cells more efficient.

Significant progress has already been made to boost the efficiency of solar panels. About a decade ago, one of the researchers mused in a podcast, most solar panels were only around 10% efficient. Then a few technological revolutions came along and suddenly the standard solar panels were twice as effective.

Will this latest discovery go down as a similar revolutionary breakthrough? It seems unlikely, but it does show that Manchester is at the forefront of green technology.